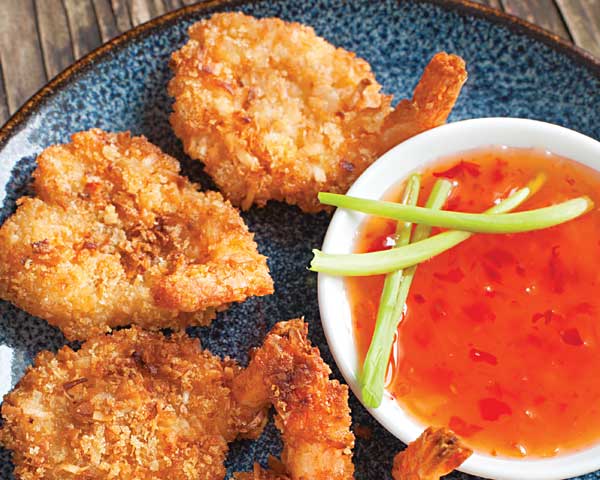 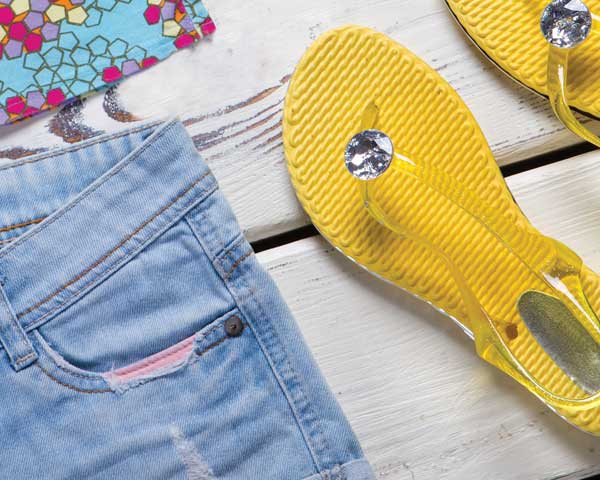 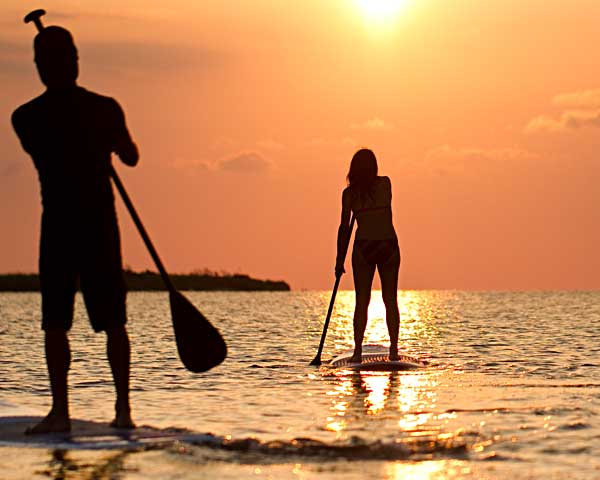 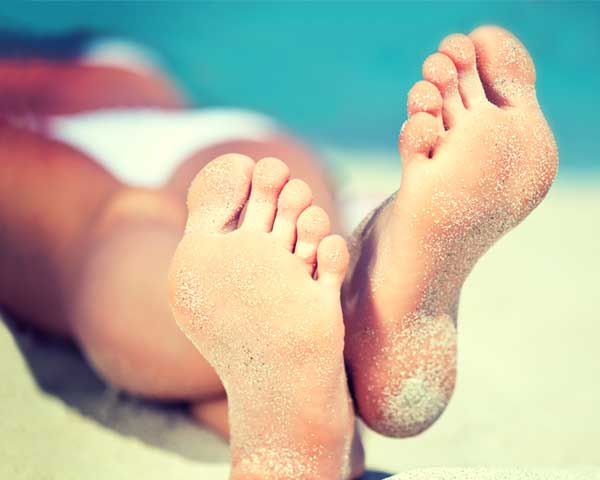 Welcome to Nags Head, NC, an area of North Carolina’s Outer Banks known for its beaches yet rich in history and steeped in tradition. Whether you’re after a barefooted retreat or an elegant sojourn, you’ll find helpful ingredients within these pages to create the perfect visit. This site is designed to provide all the information you need to know while visiting the area about the attractions, recreational activities, restaurants, shops and accommodations. Included is similar information on the neighboring towns of Kill Devil Hills and Kitty Hawk.

The first resort area on the Outer Banks beaches, Nags Head, NC, is still drawing vacationers more than 150 years later. The first visitors to the Outer Banks placed their attention on the sound side of the town, but it wasn’t long before the cool breezes of the ocean drew them eastward to build summer homes. These original oceanfront cottages, the Unpainted Aristocracy, are still standing watch over endless summers to this day. Today, Nags Head, NC, is one of the largest towns along these shores and it’s filled with everything anyone needs to enjoy a great Outer Banks vacation by the sea. Nags Head offers a blend of the old with the new. Visitors still can revel in timeworn traditions while enjoying a host of modern-day comforts.

Things To Do in Nags Head

Nags Head, NC, is mostly revered for the great outdoors. Nags Head things to do rule! The town is home to the northern Outer Banks’ largest concentration of watersports outfitters, miniature golf courses and go-cart tracks. It also has the greatest number of public beach accesses. The ecologically diverse Nags Head Woods welcomes visitors into a world of high ridges, fresh water, forests, critters, flora, cemeteries with some of the oldest Nags Head names in them, the remains of old houses and trail after trail that traverses this wonderland. Perhaps the main — or at least most obvious — feature of Nags Head attractions and other things to do, besides the Atlantic Ocean, is Jockey’s Ridge State Park, the largest sand dune on the East Coast. If you don’t watch the sunset from atop this sand mountain, you’ve missed a vital and cherished Nags Head, NC, tradition. The panoramic view of sound, ocean, and surrounding towns is honestly breathtaking. The town is home to three traditional Outer Banks fishing piers — Nags Head Pier and Outer Banks Pier. A third, the North Carolina Aquariums’ impressive Jennette’s Pier, opened in May 2011 and has become a popular place for Nags Head weddings, meetings and events. Nags Head's beaches continue to lure visitors more than 150 years after the first vacationer set foot on these shores. Vacationers take full advantage of the ocean by swimming, surfing, sunning and beachcombing. You can also witness wildlife through dolphin watches or become a card-carrying member of the Nags Head fishing tradition. Or if you enjoy more low key activities you can bike or walk the town bike path. Overall, things to do in Nags Head offer a wonderland that reaches from beneath the ocean waves into the blue skies. Whether you’re seeking sun, fun and thrills as a single adventurer or as a family, a great time awaits you in Nags Head.

One bit of advice: Come hungry. Nags Head restaurants showcase top-trained chefs who create imaginative and memorable meals. Sure, if you’re determined to stuff out at an all-you-can-eat buffet or restrain your culinary adventuresome nature to fried fish and hushpuppies, you can do that here. But you’ll be missing out on some amazing food. Go on, try those soft crabs and oysters and farm-fed beef and fresh local produce and award-winning wines and amazing sauces! You can choose from soundfront locations with amazing sunset views, Beach Road spots and lots of places on the Bypass. Cuisine ranges from walk-up burger and ice cream shacks to fancier (fancy being relative in a vacation location) seafood restaurants. What's in between? Sushi, BBQ, sandwiches, steaks, Mexican, Japanese, Southern and much more. There are a few chains too. Many places have started to focus on farm-to-table menu items. There are brand new Nags Head restaurants and ones that have been here for many decades and are still going strong. Most local restaurants don't take reservations, and waits can be long in some places in the high summer season, but there's often live entertainment to make your wait easier. If you're dining with a large crowd, you might want to consider going as early as possible in the evening; if you show up at 8 p.m. with 12 people, you're probably not going to be seated quickly.

If you’re headed here for a visit, loads of Nags Head vacation rental companies can provide you with a place to call home for the week, whether you’re seeking a 12-bedroom mega home or a simple waterside cottage. And, while in the past decade or so, the area has seen the regrettable loss of some of the older hotels and motor courts, if what you’re after is one of the traditional Nags Head hotels, you’ll still find some appealing choices. A growing number of people have decided that their Outer Banks vacation needs to last a lifetime, and if you’re among them just contact one of the professional Nags Head real estate companies.

You will find it easy to partake in America’s true favorite sport . . . retailing! If you go out for a day of Nags Head shopping, you can walk from one end of the outlet mall to the other, explore countless gift shops, run from one sports outfitter to another, hop on into lots of cool clothing stores or wander from one fantastic art gallery to another. While recently several national chains have joined the Nags Head shopping scene, the vast majority of options are locally owned and unique.

As is true of the entire Outer Banks, Nags Head weddings are super popular with the destination wedding crowd. If you’re planning on saying I Do any time soon and you want to do it in this area, start planning early. Some of the vacation rental companies have specific event rental houses, and there are many suppliers here who are top notch and very experienced in making your wedding wonderful.

How did Nags Head, NC, get its name?

There are several theories on this, but the most popular is that the name came from a time when locals used to tie lanterns around the necks of local horses (nags) then parade them across Jockey’s Ridge. The bobbing light mimicked the motion of boats at safe harbor, thus luring vessel onto the shoals where they’d wreck. The spoils of those wrecks were welcomed supplies to the isolated Outer Bankers.

Where is Nags Head in relation to the entire Outer Banks?

Nags Head, NC, is centrally located on the Outer Banks. It's just east of Manteo and south of Kill Devil Hills (though visitors won't notice they've left one town and entered another unless you look for the sign that says so – the Bypass and the Beach Road run north/south and connect each town on the northern Outer Banks). If you're driving to Hatteras Island or to Ocracoke, it's the closest town from which to embark.

What are drive times from Nags Head to other towns in the Outer Banks?

In the summer, factoring in traffic delays, drive times are approximately:

Most people choose Norfolk International Airport (ORF), but increasingly, as the highway system between the Outer Banks and Raleigh gets better, many now choose to fly into Raleigh/Durham International (RDU). It takes approximately 1.5 hours to drive from ORF to the northern entry point of the Outer Banks, Kitty Hawk. It's about a 3-hour drive from RDU to where you enter the Outer Banks on Roanoke Island (where Manteo is located), but some say that the airport is easier to negotiate at RDU. Visitors flying in from the West Coast area often find better flights/times/prices into RDU.

One thing to note about Nags Head weather is that there’s almost always a wind here. While that might make it feel a bit colder in the winter months, it’s a sweat-abating blessing in the summer.

Average rainfall in Nags Head is around 50 inches.

Here are the monthly temperature averages:

What Nags Head attractions are popular?

The #1 Nags Head attraction is, of course, the beach with its wide sand swath. The other key attractions are also nature-made: Jockey’s Ridge, the largest sand dune on the East Coast, and Nags Head Woods (which has most of its territory in Kill Devil Hills), a maritime forest with the most varied flora and fauna of any other such forest on this coast. Golf is a big attraction for visitors to Nags Head, and there's a links-style course that's very popular in town.

Where are the Nags Head lifeguard stands?

Speaking of the beach, where are the Nags Head lifeguards posted? These are the fixed stand locations, but the guards also patrol the beaches between stands on ATVs. Nags Head Ocean Rescue urges you to swim within sight of a lifeguard. The currents here are much stronger than in other NC beaches, and many unknowing visitors get into trouble. Never, ever take your eyes off your children since surf break can knock them over and pull them under quickly. The stands noted below go from north to south. The parking at these beach accesses is free! There are bathhouses at Bonnett, Epstein and Hargrove. Lifeguards are on their stands from Memorial Day through Labor Day from 10 a.m. to 6 p.m. After Labor Day, trucks and ATVs patrol the beach until mid-October.

A History of Hatteras Island

In many ways Hatteras Island is the Outer Banks.... Read Article

A History of Roanoke Island